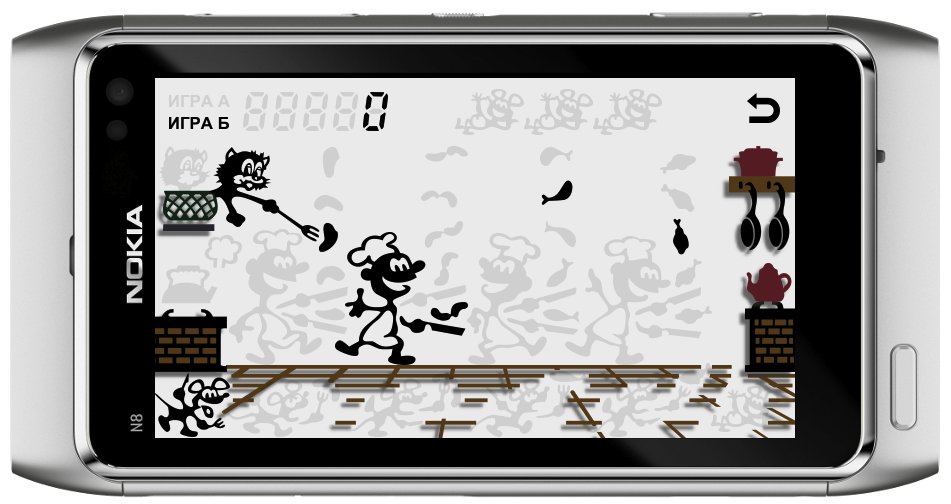 After a long hiatus since November 2011 I have released another clone of classic Russian handheld game from the ‘80s – Merry Cook. I knew that the “Nu, Pogodi!” code wasn’t my top achievement, and I had to force myself into diving into it, but I feel it was worth it. Few things I think I did right this time:

Anyways, I’m really happy with the final results, especially with the gameplay experience, which I think mimics the original game very well. Try it yourself!